Death of a Broadcasting Legend 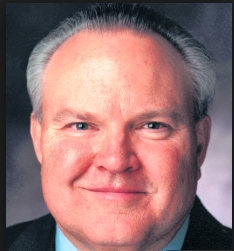 The broadcasting industry has lost a giant. Bruce Reese. You can read more about his amazing career here.

It’s hard to put into words my feelings for Bruce.

What I’ve already said on Social Media is that he had this unique, powerful persona as “a tough mind and a gentle soul.”

But as apt as I think that is, there’s still something more I’m grasping for.

Maybe it’s because of the harsh and hardened times we’re living in.

Where leaders like Bruce seem to be in short supply wherever you look. In Business. In Tech. In Government.

I had the honor of working for the company he ran, Bonneville International, during critical, disruptive years, not only for the company, but for the broadcasting industry as a whole.

You’d imagine that difficult times like those could bring out a kind of scorched earth “cash flow is all that matters” side of a CEO.

Sure, Bruce knew how to guide his team to industry-leading P/L performance with grit and discipline.

But he was also, and this is going to sound corny to cynics, chiefly concerned with being a genuine steward of broadcasting’s highest calling: to make a positive and lasting impact on the communities they serve.

So it’s no coincidence that, under Bruce’s leadership, Bonneville was recognized with radio’s most prestigious honor for community service, the Crystal Award, many more times than companies much larger than his.

And you know what? Bonneville’s profits and market share under Bruce, only grew. Higher and higher.

I cannot confirm that Bruce is the originator of Bonneville’s famous mission statement… “to do well by doing good” …but I can assure you…that was the essence of this amazing man.

Our industry, our country and our humanity would all be better off if there were more Bruces leading us.